Andersen Tax UKIndividualsUK/US tax treaty for individuals – can I use it?

UK/US tax treaty for individuals – can I use it?

The answer to this question is twofold: firstly, you need to be tax resident in the UK or the US (unless you are a Government servant), and secondly you also need to be a “qualified person”, a question that is so complex it needs its own article (both in the DTA and for our newsletter).  The DTA then provides an exhaustive list of conditions that (mainly) companies must meet in order to be a qualified person. The purpose of the qualified person test is to sort the wheat from the chaff or, as HMRC put it:

‘These tests, which determine whether a particular category of UK or US resident is a “qualified person”, are all based on the concept that a substantial commercial and economic connection must exist between the taxpayer and the UK or the US to warrant entitlement to treaty benefits. If the standard set by any one of the tests in paragraph 2 is met, then entitlement to all treaty benefits is established (subject to conditions in the articles dealing with the type of income concerned being met).’

So, with that out of the way you’d be excused for thinking that we could move on and consider the application of the DTA itself. But no, life isn’t that simple, particularly if you are a US citizen. Ordinarily, individuals who are residents of a contracting state (say the UK) are entitled to treaty benefits, but that doesn’t prevent states negotiating a non-standard position. Which is what the US has sought to do in its treaties, due to the fact that US citizens are taxed upon their worldwide income and gains, irrespective of where they are resident for tax purposes. To achieve this aim, Art 1(4) states as follows:

‘Notwithstanding any provision of this Convention except paragraph 5 of this Article, a Contracting State may tax its residents (as determined under Article 4 (Residence)), and by reason of citizenship may tax its citizens, as if this Convention had not come into effect.’

This is known as the “savings clause”, though who or what is being saved is not known. There is a comparable power for residents (so the UK can use it) but has no real application, the main purpose, as we have found out, is to enforce citizenship as a base for US taxation.

In addition to the savings clause, is the now standard anti-remittance basis clause.  The aim of this clause is to protect the US’s position by ensuring that UK residents who are non-domiciled and who do not remit their US income cannot claim treaty protection. Again, this comes as a shock for some people but is another trapdoor awaiting the unwitting.

A final example of the complexities of the DTA are the provisions that deal with “transparent entities”, such as partnerships in the UK and Limited Liability Companies in the US. These provisions are very “opaque” themselves (the pun very much intended!) and we will be looking at these in more detail in a future newsletter.

Even without these particular oddities, DTAs often give rise to results that might appear unusual, especially to the uninitiated! For example, many people believe that if they are resident in one country, say the UK, then they need not worry about paying tax in the country where the income arises (the ‘source state’). This is sadly not always the case because whilst the DTA will exempt some income from taxation by the source state, it mainly divides up the taxing rights.

For example, if a UK resident receives interest from a US bank account, that interest is normally exempt from US taxation (although there are some esoteric exceptions in addition to the ones mentioned above, but space precludes detailing them). By contrast, if the UK resident receives US dividends then the rates of US withholding tax vary from 0% to 15% depending on who the recipient is, how long they have held the shares and how many shares they hold (as a percentage of the total amount of the payer).

The rates work the other way too, but of course the UK doesn’t levy withholding tax on dividends, so US residents don’t have to worry about them.

Tax withheld in one country can usually be credited against the tax due in the other (again, there are exceptions to every rule, just ask Mr Anson). For instance, if the rate of US withholding tax is 15% for a dividend received by a UK resident individual, who pays tax at the higher rate on dividends of 32.5%, then they can use that 15% credit against their UK tax bill, leaving 17.5% to pay to HMRC.

How the DTA is applied also has its complexities. It is not like the good old days, when a Roman could just proclaim that fact to any foreigner and expect to be left alone; nowadays it is almost always necessary to claim the benefit of a DTA. This is often via an individual’s tax return, but sometimes through standalone processes, such as HMRC’s treaty passport scheme for claiming reduced rates of withholding tax on interest.

Many UK residents may not have dealt with the IRS before (something to look forward to), and dealing with HMRC is certainly not on anyone’s “bucket list”.  Don’t envy anyone who is dual resident in the UK and US, and makes a claim under the DTA that they are solely resident in the US. They still have to file in both countries and, in respect of their UK tax return, have to list all the items of income and gains they are claiming exemption for under the UK/US DTA.

Of course, they will not be able to claim treaty exemption for all of their income and gains. For example, if they have a buy-to-let property generating UK rental income, the UK still has first taxing rights under the UK/US DTA and UK tax will be payable on the net profit, although the US is likely to give double taxation relief in respect of the UK tax. Further, by listing all of their worldwide income and gains on the return, even if they are claiming treaty exemption for most of it, they will be telling HMRC how much is at stake. This can give HMRC an incentive to enquire into the treaty claim.  There is a similar issue with the IRS if they are able to claim that they are solely resident in the UK for treaty purposes.  Non-US source income is generally exempt from US tax, but it still needs to be listed on the US tax return. 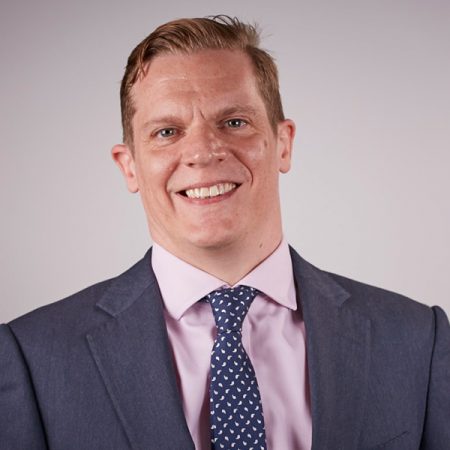