There is one particular provision within what is already a complex treaty that warrants its own article, and this is Article 23 Limitation on Benefits (LoB). Even the title causes confusion as it is often referred to as the Limitation of Benefits, sometimes even by the people who negotiated it.

The US were ahead of many countries in respect of their treaty negotiations when in 1981 an initial version of the LoB provision we know and love today was included in their treaty with Jamaica. The 1994 treaty with the Netherlands contained the LoB, which brought it to the attention of the tax world, and was further beefed up in the 2004 protocol.

The function of the LoB article is to stop treaty shopping and it’s fair to say it was a game-changer because until then, many states, including the UK, had relied upon a more purposive interpretation (the principal purpose test or PPT) approach to counter mischief.  Both options have their merits, and are included in the OECD’s minimum standards as part of the Base Erosion and Profit Shifting project referred to in Miles’ article. It is notable, however, that more countries have gone for the PPT over the LoB, even a simplified form thereof.

The LoB article works by only allowing “qualified persons” to access the treaty benefits. However, deciding who or what is a qualified person is enough to give many of us screaming nightmares. The UK/US DTA now contains the standard LoB and to give some idea of the complexity, the LoB article is one of 30 articles. However, of the 131 pages in the US Treasury’s technical explanation of the DTA, 18 are devoted to the LoB article alone.

We have set out below a very simplified description of who may qualify under Article 23. It is imperative to consider the detailed provisions set out in the LoB before considering any UK/US transactions, as a failure to qualify can be very expensive. For instance, Aozora GMAC Investments was a Japanese owned UK company that lent money to a fellow subsidiary in the US. Due to their Japanese ownership they were not qualified persons under Article 23 and the US withheld tax at 30% on the interest payable on the loan. HMRC denied double taxation relief because Aozora had fallen foul of an anti-avoidance provision in the DTA. This case is still proceeding through the courts, but so far Aozora has been unsuccessful in its attempt to obtain double taxation relief of c£4.5mn.

Well it is if you are an individual, either of the governments or a company listed on the FTSE or Wall Street, but for anyone else contemplating the DTA, life can be very complicated indeed.

Let’s look at the relatively simple case of a UK company that is not listed itself on the FTSE, but is the subsidiary of a listed group. This subsidiary will be able to access the DTA, provided at least 50% of the votes and value are owned either directly or indirectly by up to 5 companies that are listed on either FTSE or Wall Street (being listed on another exchange does not qualify). If the ownership is indirect, then all intermediate companies must also be qualified persons.

Things then start to get even more complicated as pension schemes and charities need over 50% of their beneficiaries to be individuals who are resident in either the UK or US, whilst trusts need at least 50% of their beneficiaries to be certain types of qualified persons. Other companies are also covered and can qualify if, for at least half the year, at least half of the shares and votes are owned by people who do qualify and less than half of the income is paid away as tax deductible expenses to people outside of the country, although there are exceptions.

All is not lost

If you don’t qualify under one of these main tests there are others, although they apply to the relevant income or gains rather than the person. In other words, if you qualify under one of the “main” tests then you obtain treaty benefits for all of your income and gains. However, under the other tests it is only income or gains that pass the test that obtain treaty benefits.

The first of these tests is that at least 95% of your shares and value is owned by 7 or fewer “equivalent beneficiaries”. These are residents of a country within the EU or NAFTA that qualify under a different treaty with the UK or US and that treaty has the same terms as the UK/US DTA. What Brexit means for this term is discussed in our article of 4 February 2020. If you meet this criterion, then less than 50% of your income (which also  qualifies for a tax deduction) must be paid to people who are not equivalent beneficiaries.

The second applies where a person carries on a trade or business in either the UK or US and derives income from the other. However, unless you are a bank or registered dealer, any transactions relating to investments are outside the scope of this relief.

You can always ask the Government

Finally, if you do not qualify under one of the mechanical tests then you can ask the Competent Authority of the country who you are asking for relief if they will grant it for you (e.g. if you are a UK resident and are looking for exemption from US withholding tax in respect of US source interest, you can ask the IRS to grant you relief). In our experience, HMRC tend to be more understanding/pragmatic in their approach than the US in this regard.

Does your head hurt?

The LoB test is very complex and mechanical in its operation. It does have the advantage of giving you an answer, whereas purpose tests can lead to uncertainty because of their subjectivity. However, the LoB test is so complex there is every chance that you will either have asked it the wrong question or taken a wrong turn in the maze of its provisions, leading you to the wrong answer. 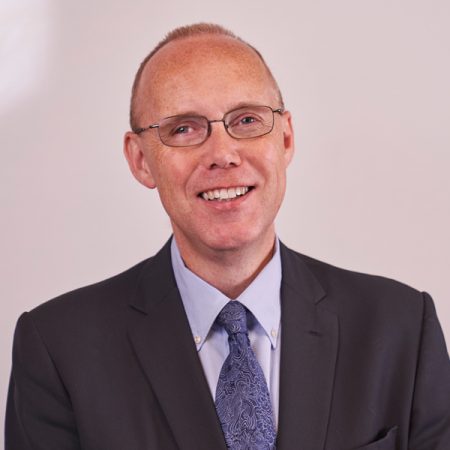 Andrew is a highly experienced international tax specialist who worked at a senior level in HMRC’s international teams for over 10 years. He has a wealth of experience and technical knowledge.

« UK/US tax treaty for individuals – can I use it? COVID-19 US finally offers relief to individuals and businesses with employees stranded in US »